However, if a bar-code scanner is used, and a duplicate sample is scanned, then two methods are possible to uniquely identify each.

METHOD A : ADD MANUAL CHARACTERS TO THE BAR-CODE

METHOD B : IT IS ALWAYS ACTIVE REGARDLESS OF METHOD A

In all EXTERNAL communications the SID consists of 18 characters. Note that the appended two characters can't be set by the operator or a bar-code scanner.

Then the present SID is displayed. Enter a new sequence as required. Then press Enter.

Once entered the SID appears in the top line.

Please note that the SID is important to locate and identify the sample. The Date and Time is equally important. Both are used for storing and retrieving results.

If the SID is shorter than 16 characters and followed by spaces then the last NON-SPACE character is incremented!

The Sample Identification uniquely identifies every determination for further reference. It is attached to EVERY record. The SID is complemented with a GROUP IDENTIFICATION (GID), which is not unique, but can identify a test-series or a customer.

OPTIONS : The SID, when entering through a bar code reader, can be "appended" by an extra entry. This feature must be enabled in the SYSTEM DEFINITION: "ADD TO BARCODE".

B : If a SID is entered (Keyboard or Bar Code) then the memory is searched for a duplicate SID and if found the next higher extension is added to the 16 entered characters. Thus up to 99 duplicates can be performed with the same 16 character SID.

Note that the SID extension is numerical!

C : If the "ADD TO BARCODE" option is enabled then a letter or number can be added after the bar code entry :

Note : The primary plus the added entry must not exceed 16 characters!

D : If the primary + added SID exists in memory then the "extension" is incremented to the next higher one, as in B above.

The SID system was designed to appeal to every laboratory application. Of course, one can achieve the same with varied combinations of SID and GID. Whatever application you have, the CAL3K Sample Identification can take care of it. 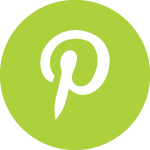 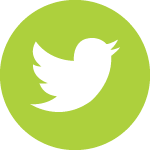